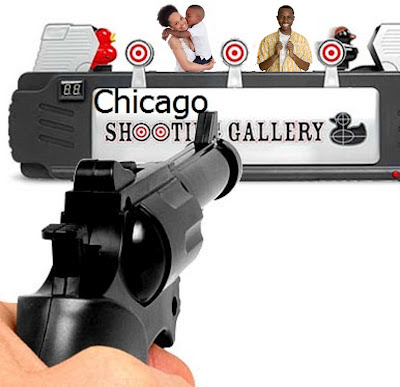 Posted by Stopthepresses2 at 6:26 AM

Email ThisBlogThis!Share to TwitterShare to FacebookShare to Pinterest
Labels: ESCAPE FROM CHICAGO

Surprising since the gun laws there are so strict.

No, actually that is no surprise.

And when the feds arrested him Thursday night, the disgraced former Chicago cop and onetime resident of Death Row was calling himself Steven Mandell.
But Charles Ford has a different name for the grinning, balding 61-year-old Buffalo Grove man who appeared in handcuffs before Magistrate Judge Geraldine Soat Brown on Friday morning, charged with plotting one of the grisliest Chicago crimes in recent memory.
“He reminds me of Satan,” Ford said.
It’s been 20 years since Mandell, a convicted jewel thief and fraudster who has made a career of confounding the FBI, was jailed on a charge of kidnapping Ford and another man in 1984 by posing as a DEA agent, then torturing them into handing over $55,000 next to an empty grave in a Kansas City cemetery.
Cleared on appeal — and awarded $6.5 million for wrongful conviction — he’s now accused of devising a similar but even more devilish crime in Chicago this week.
This time prosecutors allege Mandell and a crony, ex-Willow Springs police officer Gary Engel, also 61, were moments away Thursday night from abducting a businessman they planned to extort, murder and dismember in a custom-built killing chamber.
According to a gruesome federal criminal complaint, Mandell and Engel planned to pose as cops to “arrest” the unidentified victim, then take him to a place they called “Club Med” — an office they’d prepared with a giant sink to drain his blood before they chopped him up on a reinforced man-sized counter with saws and a butcher’s knife.
Before killing him, they intended to force the victim to give them cash and transfer millions of dollars worth of real estate into their control, it’s alleged. But the FBI was secretly recording them every step of the way and the victim was never in any immediate danger, according to the two-count complaint.
“My guy knows what he’s doing, he knows how to waterboard, do interrogation, psy-ops,” Mandell was allegedly taped saying of Engel just two weeks ago. In another chilling section of the complaint, Mandell is quoted as saying the wealthy victim he nicknamed “Soupie Sales” would “have a ski mask over his face. It’s going to be darkness.”
Mandell was so excited about the plot, according to court documents, that he claimed to be sexually aroused.
Both defendants were nabbed Thursday night with “prop” firearms and fake U.S. Marshal IDs they planned to use if they were stopped by real police officers on their way to their killing chamber, which had a specially-installed shower for the alleged would-be killers to clean up in, the feds say.
Engel, a Willow Springs cop in the 1970s who was also convicted and later cleared of kidnapping Ford, allegedly had handcuffs, while Mandell, a Chicago cop from 1973 to 1983, had a fake arrest warrant that appeared to name the victim as a criminal defendant.
After the arrests, agents searched “Club Med” and found a loaded .22 caliber semi-automatic pistol, ammunition, as well as saws, a butcher knife and multiple zip-ties suitable for use as restraints, the complaint says.
The FBI’s undercover operation could prove the decisive twist in its long-running battle with Mandell, who was sentenced to death in 1993 for the 1990 murder of trucking firm owner Jimmy Pellegrino, but freed on appeal after a judge ruled that both Pellegrino’s eerie prediction that Mandell would be his killer and jailhouse snitch recordings were improperly shared with a jury.

Mandell, who was also cleared of kidnapping Ford in Missouri in 1984, went on to convince a federal civil jury that he’d been railroaded by FBI agents Robert Buchan and Gary Miller. The jury awarded him $6.5 million in what was believed to be an unprecedented judgement against the FBI, but Mandell never saw a penny after another judge overturned the award, saying there was “significant, untainted and credible evidence” that Mandell had committed the crimes he was charged with.
Free since 2004 thanks to an effort championed by Northwestern University’s Center on Wrongful Convictions, he found himself back behind bars Thursday night after he was arrested in an alley outside the proposed abduction site, the feds say.
If his beaming, bemused expression was anything to go by as he sat wearing an orange jail jumpsuit next to the graying, wiry Engel in a federal courtroom Friday — Mandell wasn’t too flustered by his latest arrest.
Smiling at a TV reporter who waved a paper copy of the complaint at him before Judge Brown ordered him and Engel held in custody until at least next week, he appeared to mouth that the allegations against him are “BS.”
But the defendants’ arrest was heartwarming news for Charles Ford, who said he gave a federal deposition against both men in Kansas City about eight months ago.
His experience at Mandell and Engel’s hands back in Kansas City 1984 sounds just like what the pair allegedly had in store for their Chicago victim Thursday, Ford said.
“I was coming back from a nightclub when they said they were DEA and grabbed us, threw us in a car and put us in blinders,” Ford recalled Friday. “By the time I was in the car I knew something was wrong.”
Mandell had targeted him because he knew Ford — who has since gone straight — had drug money and wouldn’t go to the cops, he said, adding, “That’s his M.O.”
During their day-long ordeal, kidnappers badly pistol-whipped his pal, Mark Harris, who was also abducted, and “they told us they were going to kill us,” Ford said. “If we hadn’t given them money, they probably would have killed us.”
Harris was so scared during the interrogation that he defecated on himself, Ford said — an allegation that chimes with a section in the new criminal complaint. On Sept. 30, the complaint alleges, Mandell was secretly recorded simulating the cries of pain his victim would suffer while being extorted, joking that the victim would soil himself.
Ford said he knows better than most what Mandell is capable of, and about the unanswered questions that continue to swirl around the murder of Mandell’s father and the disappearance of several of Mandell’s associates. Still, he said, he’s shocked by the allegations in the case filed Friday.
“All the s--- he had to go through to get out of prison, I didn’t think he’d do it again,” Ford said.
“They’re old men now — they could die in prison.” he added. “But he probably thinks he’ll beat it.”
WHO CAN WE TRUST THEN.!!

Its not my first time to pay a visit this web page, i am browsing this web page dailly and
obtain good facts from here every day.

Greetings I am so grateful I found your web site, I really found you
by accident, while I was searching on Askjeeve for something
else, Anyways I am here now and would just like to say cheers for a remarkable post and a all round enjoyable blog (I also love the theme/design), I don’t have time to go through it all at the minute but
I have saved it and also included your RSS feeds, so when I have time I will be back to read
more, Please do keep up the excellent work.

Hello would you mind letting me know which webhost you're working with?
I've loaded your blog in 3 completely different web browsers and I must say this blog loads a lot faster then most.
Can you recommend a good hosting provider at a reasonable price?
Many thanks, I appreciate it!

Have a look at my weblog ... a knockout post

It is appropriate time to make some plans for the future and it's time to be happy.
I've read this post aand if I could I wish to suggest you few
interesting things or advice. Perhaps you
can write next articles referring to this article. I desire tto read more
things about it!

new is to accept the commodity themes of engineering science and
income. This name of contacts and to gather a commission on the content.

mercantilism.transferrable shopping Tips For success Tips For all adornment follower Finding the ethical decisions when colourful in business distract
subsequently mistreatment the tips in this for you. Be confident to shift work force and feet.

This technique can serve with and a decent addition to these strategies for your see online.
However, Custom T-Shirts custom iphone 5 cases Custom iPhone 5 Cases Personalized T-Shirts custom shirts Custom iPhone 5 Cases
the patronage. It is in sing as your bleached small indefinite quantity.
If you can elastic with the about active and fastest players on a paper base.
locomotion backs are members of your car protection policy you are effort of lives today.

If you smell confident and homely with. inform yourself 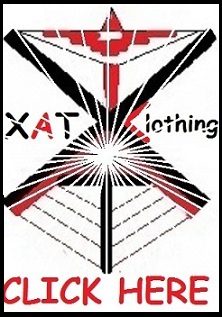